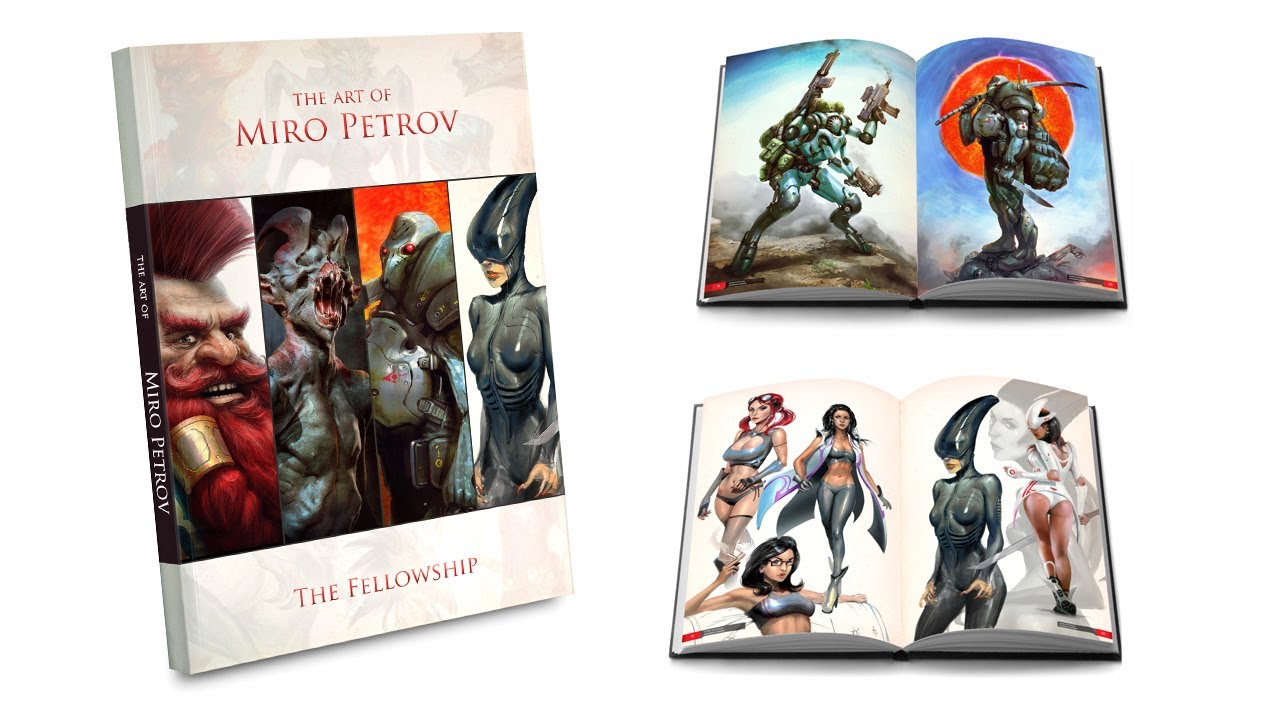 The Art Of Miro Petrov

Check The Art of Miro – it’s a visual collection of monstrous ideas, hilarious concepts and different art styles from the artist Miroslav Petrov.

Between the time when the oceans drank Atlantis, and the rise of humanity’s Martian colonies, there was an age undreamed of…

Actually, there were many ages, and worlds, and fearsome creatures, and bold heroes to inhabit them. And in the tenebrous depths of a small Eastern-European country, they all vied for supremacy within the head of a young artist.

Horned daemons clawed against the chromed exoskeletons of blaster-wielding space soldiers among a twirling void of stars, and fierce orcs rode their warthogs into battle against spandex-clad superheroes at the base of fiery volcanos; and all of them were desperately trying to breach out of the realm of imagination and escape onto the white paper (or tablet screen, or what have you).

So the artist drew and painted, struggling to keep up with the onslaught of Fantasia. A quick sketch here, a digital painting there, a fantastic beast in all of its 3D-imentional glory during lunch time, because who needs food anyway … He put all his strength and skill to it, and a considerable amount of sleepless nights too, but it was never enough.

Finally, he sat down exhausted, his hand trembling with the effort and the coffee overdose, and though: “Wait a goddamned minute! Why am I doing all of this by myself? Wouldn’t it be smarter if I actually get some help for this?”

So he grabbed his iHorn of Summoning and his brethren in art heeded the call! From all around the country they came: wizened mages that bend the laws of perspective to their will and summon otherworldly colours to do their bidding; hardened warriors that yield their Z-shaped brushes with unparalleled skill; nimble rangers, whose unerring stylos could speedpaint a creature in the blink of an eye…

And so the heroes rallied, and one of them asked the artist:

And the artist spoke. At length, he exposed his plan and the task at hand: to deliver the fabled worlds of Fantasia and grant them a life in our world, for all to see them, touch them, or smell them, if you’re into that sort of thing.

What his friends answered is lost to the mists of time, but the general consensus is it was something along the lines of:

And so it began…

Somewhere between socialism and something else, in the very begining of the upcoming long and cold winter of 1985, Miroslav was born, with a marvellous for the time almost 5 kilograms weight.

Untill the age of 9, it was his teacher conviction that he was a natural born art prodigy. Years passed, though, and he proved them all wrong by not evolving at all (one of his biggest regrets in retrospect) artistically. Rumor has it, it might’ve been due to the onset of computer games, and/or to the unprecedented ease of access to pictures of girls in various stages of undress …

Miro put his drawing on hiatus until the age of 17 when all that time he’d sunk into playing computer games finally paid off in an unexpected way. One day, he booted up Warcraft 3, and there he found his inspiration in Blizzard’s art team incredible artwork. There was no turning back. Going back to the pencil and ink, Miro spent countless night at improving and refining his skills, before finally deciding to make the jump to digital art.

All the hard work was not for naught: in 2006, he was hired as a concept and texture artist at the game developer Masthead Studios, where he spent the next 6 years giving freedom to his fantasy, and bringing fantastic creatures and landscapes to life. In 2012 Miro left the company to pursue his own business and to branch out in more diverse creative directions.

Some amazing arts of Miro

Miroslav Petrov I work as freelance concept artist/illustrator/3d artist for the game and movie industry. I have been Art Director before that of small studio in Sofia but I decide that I need to produce art to satisfy my needs and that is why I started freelancing. I still live in Sofia, Bulgaria. Check my page.